"I liked you better when you were extinct!"
―Manny on the Guanlong.[src]

Guanlong was a species of carnivorous dinosaur.

Small in size, Guanlong were pack hunters that worked together to bring down larger animals. Fitted with sharp teeth and claws, a small crest, a number of rattling quills atop the head and along the spine, powerful tail and speed, Guanlong proved a formidable predator towards other dinosaurs or creatures they encountered.

A number of Guanlong had survived the comet showers that had long since wiped out the dinosaurs as a whole, escaping to a vast subterranean world where dinosaurs of all kinds lived as they had in the past.

Ice Age: Dawn of the Dinosaurs

One such pack of Guanlong resided in the Plates of Woe, a rock formation within the Dinosaur World, where they found a herd of mammals consisting of a pair of mammoths, a pair of possums, a Saber-Tooth Tiger and a weasel that guided them. One of the mammoths, a female named Ellie, was pregnant and went into labor upon entering the Plates: the Guanlong went on the hunt to find Ellie. They were prevented from making a meal of her by the joint efforts of Manny and Diego.

has a collection of images and media related to Guanlong/Gallery. 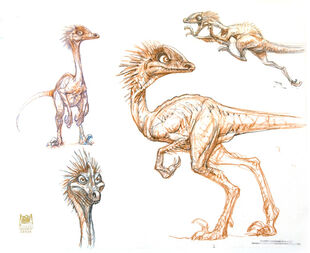 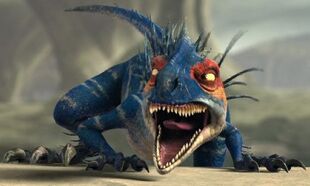 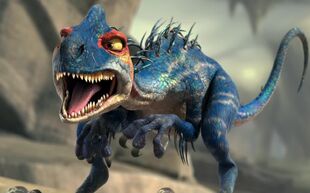 Guanlong about to attack
Add a photo to this gallery

Retrieved from "https://iceage.fandom.com/wiki/Guanlong?oldid=76363"
Community content is available under CC-BY-SA unless otherwise noted.