Bats are small winged mammals who lived from the ice ages to the present day.

Often flying in flocks, bats have two long, fingered membranous wings, small hind legs, furry bodies and large ears. Bats usually roost in dark places such as caves and forests and consume various forms of food, depending on their species.

Originally, bats were planned to appear in the second film, but were cut for unknown reasons. 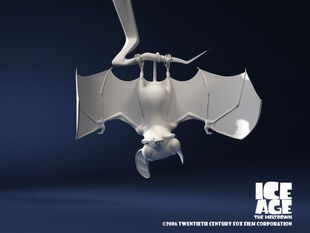 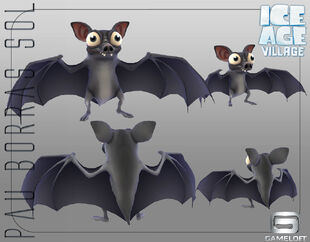 Ambient Bat in Ice Age Adventures (seen flying around the entire map, until the most recent update).
Add a photo to this gallery
Retrieved from "https://iceage.fandom.com/wiki/Bat?oldid=77434"
Community content is available under CC-BY-SA unless otherwise noted.