Aardvarks are small mammals that lived during the Ice Ages into the current age.

Aardvarks have long snouts used to catch insects such as ants, as well as a shorter mouth directly below the long nose, and possess long ears. Aardvarks have four feet with sharp, strong claws (used to break open anthills), and long bushy tails.

Aardvarks were among the animals that migrated south during the ice ages, along with countless others in groups, leaving behind the once-temperate forests and valleys to head south where the cold had not reached.

The aardvarks all reached the southern valleys with the other scores of animals and for a time enjoyed the naturally-occurring pools and water slides that were formed from the melting ice but left quickly upon learning that the valley they resided in would flood over.

Further on, the aardvarks made it out of the valley alive and well, seeking new homes elsewhere. A number of the aardvarks, however, met a furious mother Tyrannosaurus that tore about the land, looking for her young.

In time, the aardvarks were among those animals that experienced the changes brought on by the sudden continental drift, quickly leaving the continent where they lived with the other herds of animals, eventually finding a new home in the form of an island, which they, along with all the other creatures, arrived at by means of riding an ocean-borne iceberg.

Few years later, some aadvarks witnessed a meteor shower, and, not long after that, they were invited to the wedding of Peaches and lian, two mammoths that there were members of the herd that stopped a deadly asteroid. 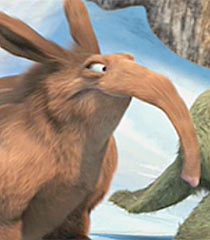 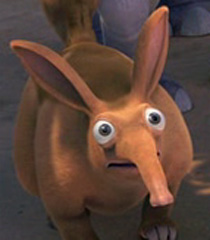 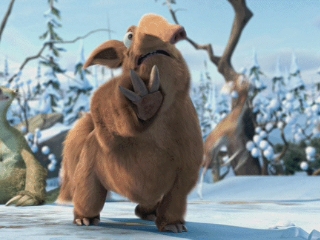 Retrieved from "https://iceage.fandom.com/wiki/Aardvark?oldid=77249"
Community content is available under CC-BY-SA unless otherwise noted.